At Nyarugusu camp in North Western Tanzania, to highlight the importance of sport in unifying communities and showcasing talent, WRD celebrations began on June 18th with a football match played between refugees and AIRD staff – with the refugee team emerging as the winners. A second match was also organised between two refugee teams to promote a spirit of friendly competition. 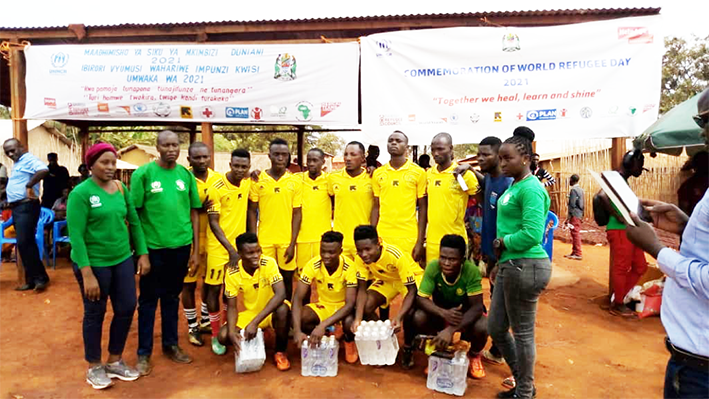 The climax for WRD celebrations was on June 21st also at Nyarugusu camp. Events were held at different sites with safety precautions such as social distancing put in place due to the COVID-19 pandemic. Proceedings kicked off at a youth center with the arrival and welcoming of guests, followed by an introduction of the various partners.

The theme for this year’s celebrations was “Together we heal, learn and shine” which highlights the needs and contributions that refugees can make towards areas such as healthcare, sport and education. UNHCR especially supports the use of sport to help displaced people heal through physical and mental activities.

The day’s events included speeches from refugees in which they raised the issues they continue to face that should be addressed in order to improve their community welfare. A government representative responded and in his remarks emphasised that the government will continue to do its level best to provide opportunities such as access to higher education, work and scholarships for refugees. 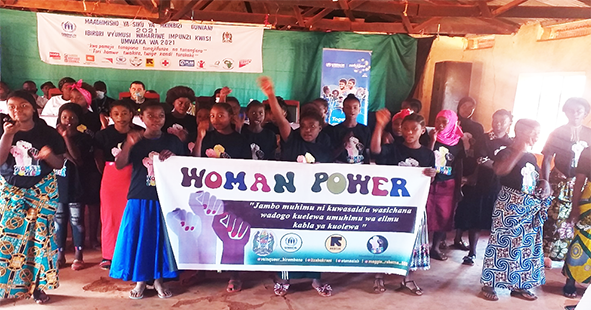 Above: Refugee women in the camp also had an opportunity to present to those in attendance

The day’s events concluded with another dialogue session officiated at Twaweza Primary School for the Burundian refugee community. Both groups had opportunities to share their concerns, which were then responded to by officials present.