The Congo has been plagued by militia conflicts in the past but is currently stable. The country hosts refugees from the Central African Republic, Rwanda and DRC. At the end of 2019, the Congo was host to some 25,700 refugees and 14,400 asylum-seekers (UNHCR 2020). More than 6,200 refugees, mainly from the Central African Republic (CAR) chose to return to their country of origin. A tripartite agreement to facilitate the voluntary repatriation of Central African refugees was signed between UNHCR, the Congo, and the CAR in August 2019. Some 9,700 asylum-seekers were registered in 2019 (including 8,800 who arrived from the Democratic Republic of the Congo (DRC) in December 2018).

AIRD was established in RoC in 2012 to support Congolese refugees who fled the political instability in DRC that persists to date, and to provide for Rwandan refugees who fled the 1994 genocide. The Program has been persistent in service delivery to refugees and asylum seekers through shelter management, construction of infrastructure, fuel management, transport management, warehousing and in its response to Sexual and Gender Based Violence (SGBV).

The Program continues to support refugees consisting of predominantly Congolese from DRC, the Central African Republic and Rwanda with an aim to better their welfare and living conditions. The Program implements its activities in Betou and Impfondo and assists Central African Republic refugees and Internally Displaced People who have settled in Betou camp, as well as for host families, where AIRD implements its activities in Pointe Noire- Brazzaville.

At the end of 2020, AIRD in RoC began to phase out of the country. In spite of the needs that remain, unavailability of funding meant that our activities could not continue. We are very grateful to our partners, UNHCR, for supporting AIRD’s work in RoC and for helping us to change the lives of thousands of displaced people over the eight years of our operation. 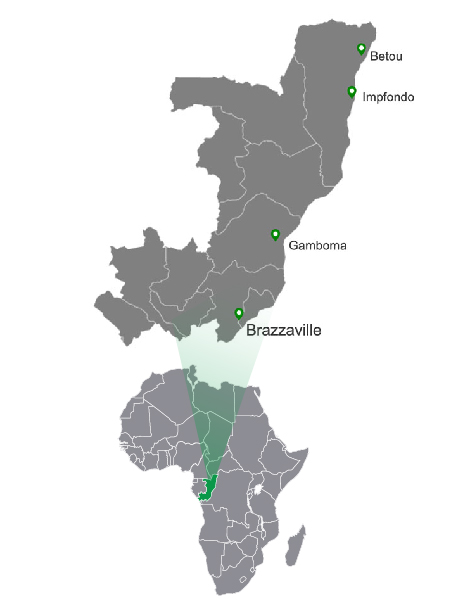