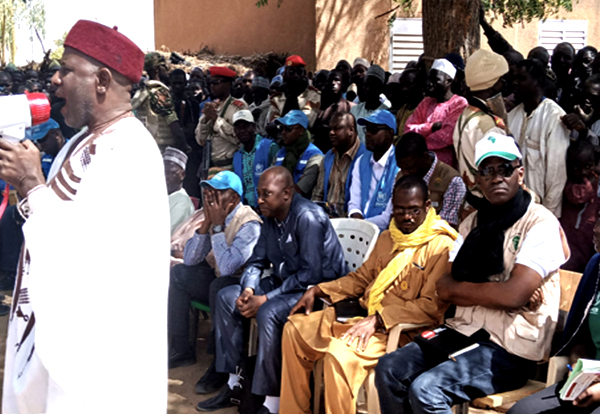 Large awareness campaign on the relocation of refugees to the host villages of Dan Kano, Kabobi and Guidan Roumdjui organized by the government authorities in Maradi region in collaboration with the UNHCR and its partners. Its sensitization sessions were attended by the UNHCR, the Governorate, the prefect of Maradi, CNE, CHIAUD and AIRD.

Large numbers of Nigerian refugees fleeing insecurity in northwestern Nigeria have settled in the Maradi region of Niger, specifically in the host villages of Guidan Roumdji. The influx of the Nigerian community to the Nigerien border villages is linked to attacks in the villages of Sokoto, Zamfara and Katsina states perpetrated by unidentified armed groups resulting in many instances of theft, rape, arson and kidnapping among other atrocities.

Faced with this increasingly worrying humanitarian situation, the response in the Maradi region has committed all humanitarian partners to support local and regional authorities to provide protection and assistance to Nigerians massively present in the villages of Guidan Roumdji and Tibiri.

To provide better protection and assistance to these displaced people, the UNHCR in collaboration with the Ministry of the Interior, through the National Commission for Eligibility for the Status of Refugees (CNE) organised a major biometric registration and awareness-raising campaign for refugees living in the host villages in order to facilitate the relocation of Nigerian refugees throughout the Maradi region. This registration exercise enabled the registration of 9,902 households comprising 36,183 refugees, of which 59% were female, with 68% being minors and 12,976 people with specific needs.

It was with this in mind that an accelerated relocation plan was developed with the objective of relocating more than 10,000 refugees by the end of June 2020 in the three targeted villages of Dan Dadji Makao, Garin Kaka and Chadakori.

The relocation operation was planned for the period from May 20 to December 30, 2020, in three stages:

Following the relocation plan, the first stage was launched on Thursday May 27 to June 04 with success thanks to the incredible efforts of the staff and the collaboration of the local and customary administrative authorities in the reception villages of Garin Kari, Malumaye and Sarki Asky. The logistics resources mobilised was made up of:

3 trucks also facilitated movement of 820 households comprising 3,840 people, including 1,479 men and 2,361 women, in the villages of Garin Kaka and Dan Daji Makao developed by UNHCR and its implementing partners.

Unfortunately, due to insufficient Refugee Housing Units, relocation was suspended in two villages pending the operationalisation of the reception capacity of the third village, Chadakori. The second phase of the relocation began slowly as at September and will continue until December 2020.

The Deputy Representative of the UNHCR and the Director of Operations of AIRD actively participated in this activity, with the latter thanking all the partners for their hard work and efforts which made it possible to achieve the results realised. He asked that registration teams remain hypervigilant during identification of refugees. 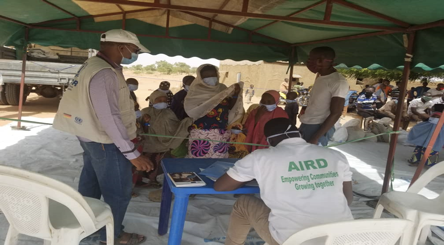 Verification of refugees in accordance with the pre-manifesto of the relocation carried out by the officials (AIRD / HCR) before the transfer to the villages.