According to UNCHR reports as at December 2019, Cameroon was host to approximately 1.7 million people of concern, including some 950,300 IDPs (679,400 in the two English-speaking regions of the North-West and South-West, and 270,900 in the Far North Region).

Over 212,500 Central African refugees were hosted in the East, Adamaoua and North regions and 21,000 refugees and asylum seekers in urban areas. There are also over 91,200 Nigerian refugees in the Extreme North region where there are 228,400 Internally Displaced People as well.  There was a resurgence of violence in the North-West and South-West Regions of the country in 2019, resulting in the burning of villages, the displacement of thousands of people and the death of hundreds more. In the Far North Region, Boko Haram’s active presence prevented IDPs from returning to their places of origin and drove refugees from Nigeria to seek security in Minawao camp.

AIRD was established in Cameroon in 2016 to support the influx of Central African Republic refugees. Boko Haram attacks in parts of Cameroon bordering with Nigeria have also caused massive displacement of Cameroonians.

Relentless attacks over the years have made returning home a distant dream for many. The Program, through its activities, provided a better environment in the camps where refugees’ basic needs can be met. The Program has also been assisting refugees from Central African Republic to improve their welfare. 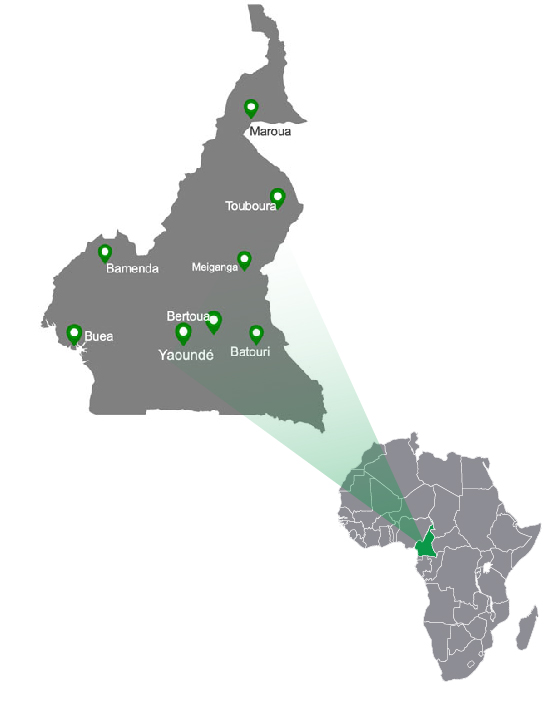 Through offices in Bertoua, Batouri, Meiganga, Yaounde, and Maroua, AIRD has supported interventions in the areas of Fleet and Transport management, Fuel Management, Warehouse management, and Workshop management in partnership with the UNHCR and other Implementing Partners in Cameroon.