Burkina Faso is home to over 34,000 Malian refugees who fled conflict and violence caused by militant groups in Mali in 2012. AIRD began its operations in Burkina Faso to assist Malian refugees who continue to flee Mali following conflicts between armed groups and the army that put many civilians in crossfire. The majority of the refugees are Tuaregs and other ethnic groups such as Arabs, Fulani, and Sonrai. The majority of the Malian refugees consist of; Tuaregs who make 76.40%, Arabs who make 11.42%, the Fulani 8.23%, the Sonrai 2.23% and other ethnicities making 1.72%. They are mainly herdsmen, farmers, artists and musicians. The refugees are housed in two camps, Goudoubo which is near Dori town and Mentao near Djibo town.

The AIRD head office is based in Ouagadougou and oversees activities tailored to the needs of refugees living in Mentao and Goudoubou camps in Sahel region, and a few others in Ougadougou and Bobo Dioulasso towns.

The program’s major focus of work is related to warehouse management, management of mechanical workshops and spare parts, fuel management and transport management. In partnership with UNHCR, AIRD has also offered operational support to Malian refugees through the provision of shelter, infrastructure, and transportation to the various refugee settlements. 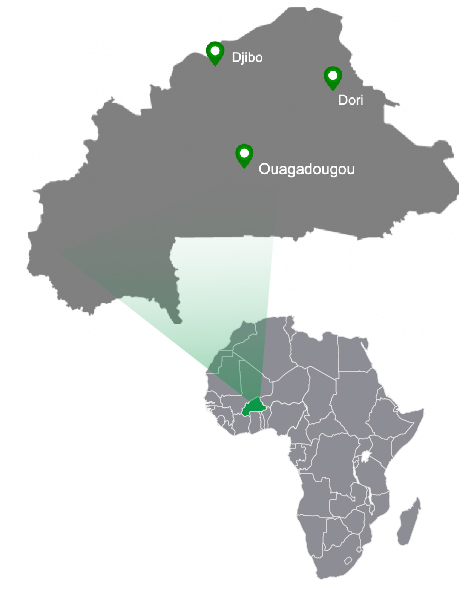