UNHCR reports that back in December 2013, hundreds of thousands of people were forced to flee their homes as violence spread in the Central African Republic (CAR), with armed groups controlling parts of the country. Today, CAR continues to experience sporadic surges of violence forcing over 623,400 CAR refugees to remain in neighbouring Cameroon, Chad, the Democratic Republic of the Congo, and the Republic of the Congo, with smaller numbers in Sudan and South Sudan. In addition to the refugees, 684,004 people have been forced to flee inside the country.

In 2015, AIRD launched its operations in the Central African Republic to support Persons of Concern including returnees and Internally Displaced People. The Program supported returnees who were formerly refugees in Chad and Cameroon. The refugees fled the country at the peak of the violence in 2013 when rebel groups were terrorizing the entire country.

The Program has also assisted refugees and asylum seekers who have sought protection in CAR. These are largely Sudanese, South Sudanese and Congolese refugees. The Program assists Persons of Concern through fleet management, fuel management, warehouse management and customs clearance of goods and items for UNHCR and Implementing Partners’ Operations. These activities have been implemented in Bangui in the South of CAR, Paoua, Bauar in the Northwest, Bambari in the East, Kaga Bandoro in the North, Zemio, Bambouti and Obo in the South-eastern part of the country. 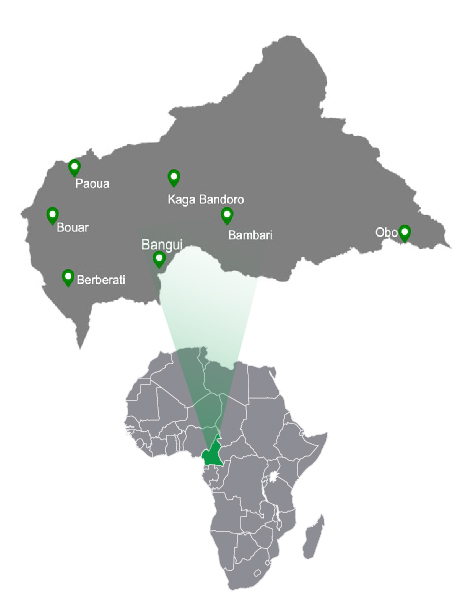