Chad is one of the poorest countries in the world and yet still hosts hundreds of thousands of refugees from across the region. Chad currently hosts more than 650,000 displaced people, including 449,000 refugees, 124,000 internally displaced persons (IDPs), 81,000 returnees, and 1,300 third country nationals (IOM 2019). This is made worse by an ongoing period of severe social and economic tensions affecting Chad, and a near exhaustion of host communities’ absorption capacities while more people continue to arrive from neighbouring countries.

The overwhelming need for humanitarian response in Chad continues to call for AIRD services for those who have been victims of terror and insecurity. In 2010, AIRD started operations in Chad to support Persons of Concern through warehouse management, fuel management, workshop management and transportation of refugees, NFIs and food items.

The Program has since then continued to assist Internally Displaced Persons, refugees, and asylum seekers from Nigeria and Sudan. The program largely supports Sudanese refugees who have fled from the Darfur region.

The majority of the Sudanese refugees in Chad are Muslim nomads from Zanghawa, Musalit, and Tama ethnic groups while the minority ethnic groups are the Arenga, Assangor and Tama who are living in the camps in eastern Chad of Breidjing, Mader, Treguine, and in Amnabak. The Program also implements activities in Bagasola, GozBeida, Gore, Farchana, and in Iriba. The Program has also been assisting Nigerian refugees who have fled Boko Haram attacks who continue to flee into Chad to escape the terror. The Program is currently focused on emergency response support through transportation of NFIs, refugees and their properties from border entry points to the camps, and host communities. 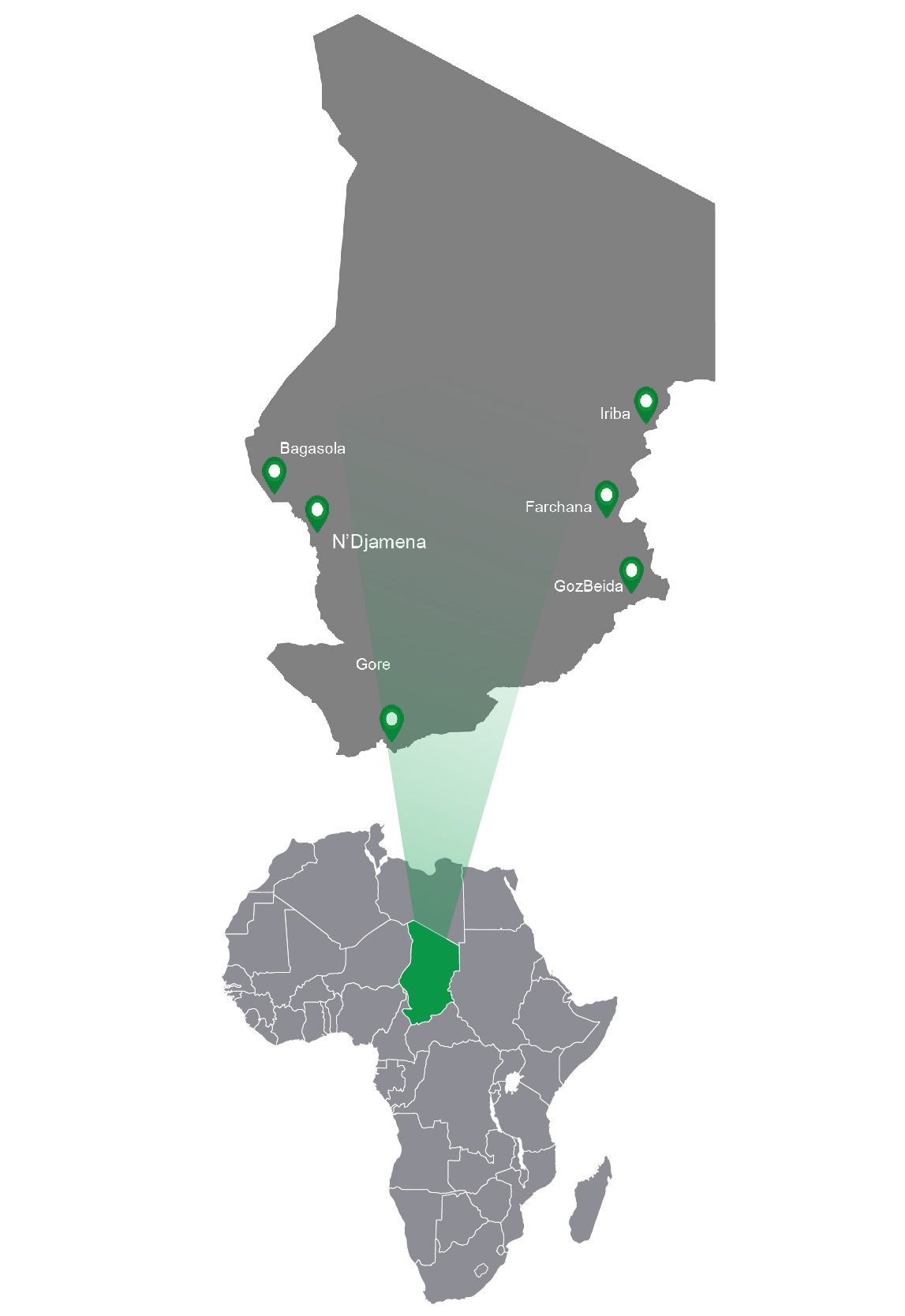 The Program also supports the Sudanese refugees in the camps of Eastern Chad who have no hope of returning home currently. This is due to the insecurity in the Darfur region of Sudan bordering with Chad has been persistent. With such big numbers of persons of concern, comes high demand of services and infrastructure support.