In addition to the over half a million refugees living in the DRC, there are also 5 million people who have been internally displaced due to conflict in the country (UNHCR 2019). Ever since the DRC won its independence in 1960, there has been ongoing fighting throughout the country. Despite the end of a civil war in 2003, violence continues to plague regions of the DRC and has forced millions to flee from their homes. Availability of minerals such as Gold, Copper, Diamonds, Cobalt, and Uranium among others has furthermore been a major source of the persistent conflicts and terror on civilians by armed groups and rebels in DRC. This conflict forced many Congolese to flee their homes in search of safety. DRC furthermore hosts a large number of refugees from neighbouring countries such as the Central African Republic, Rwanda, Burundi, and South Sudan.

Since 2012, AIRD has demonstrated its dedication to serve Persons of Concern in DRC. This has been through provision of logistical support, construction and rehabilitation of infrastructure, voluntary repatriation and reintegration services. The Program serves refugees and asylum seekers mainly from the Central African Republic, South Sudan, Burundi, Angola, and Rwanda. The Program has been implementing these activities in the different provinces of DRC including North Kivu, South Kivu, South Ubangi, North Ubangi, Tanganyika, and Ituri. The Program is currently facilitating the voluntary repatriation of Rwandan refugees living in the provinces of North Kivu, particularly in Masisi and Rutshuru, and South Kivu in Bukavu.

In 2020, AIRD signed an agreement with USAID to construct shelters for the growing number of displaced people in this region. AIRD will implement the humanitarian assistance project to improve living conditions through the construction of shelters, latrines and showers for 800 households (approximately 4,000 displaced persons). The eight-month project will be fulfilled in Djugu Territory, Ituri Province in the sites of Linga, Bule and Telega. 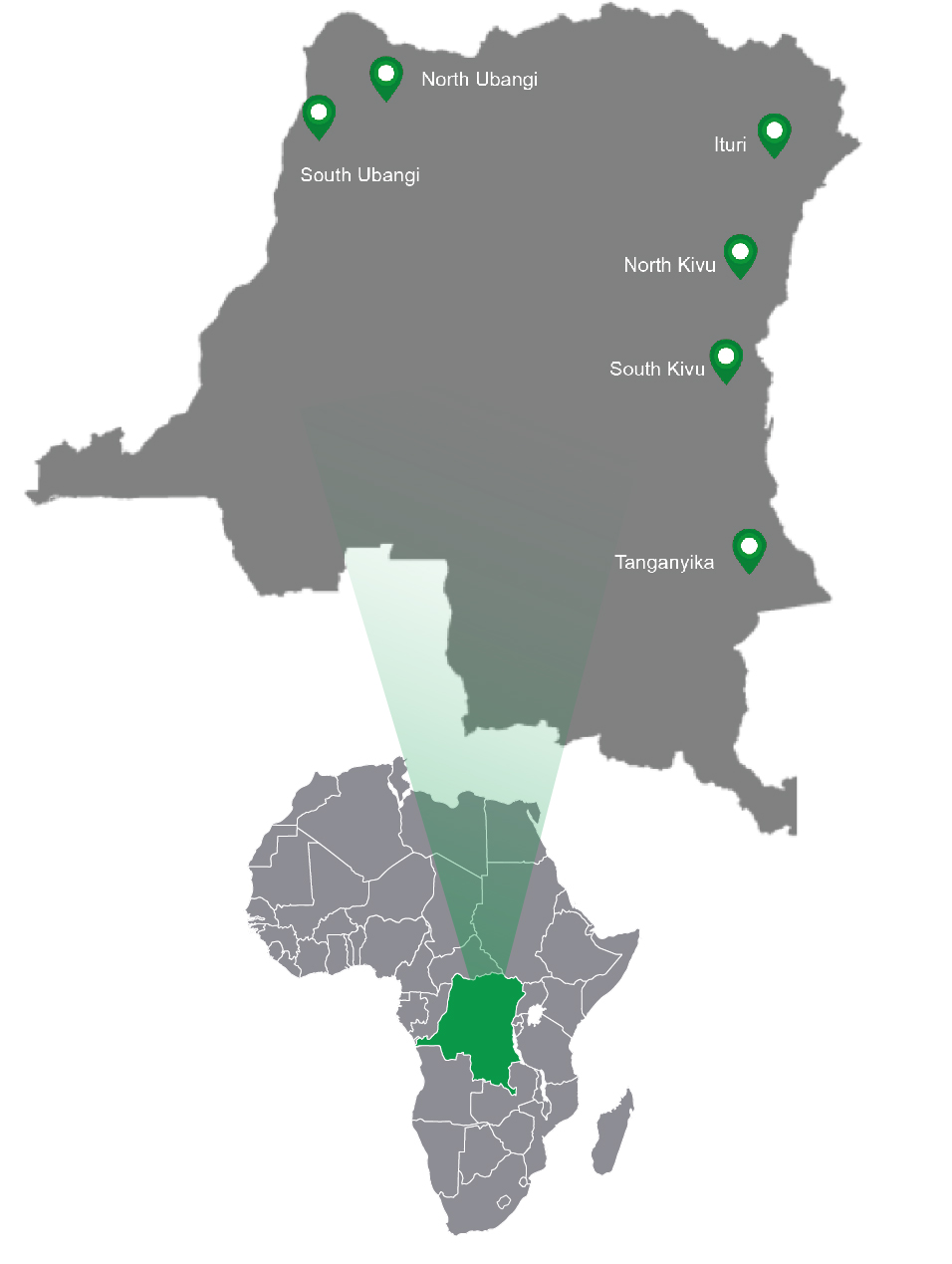