A renewed hope for the future thanks to an employment opportunity

A renewed hope for the future thanks to an employment opportunity 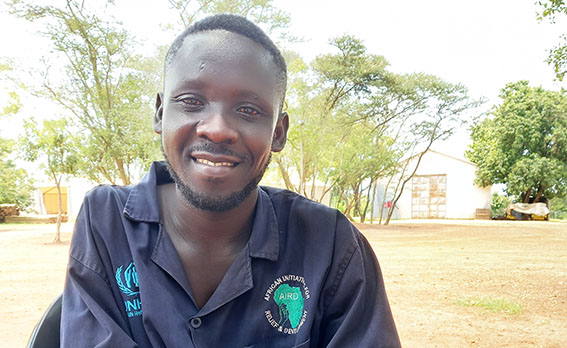 The conflict and instability that has ravaged South Sudan for years has had devastating effects on the future outlook of millions of its youth. Facing insecurity and unable to find employment to care for themselves and their families, they continue to flee the country en mass in the hope of finding such opportunities across the border. One of those who fled in search of a better future is 32-year-old Johnson Victor from Yei in the Central Equatorial State, now a refugee in Uganda.

Johnson has been in Uganda for 5 years. He believed that being a refugee was better than facing death. In 2016, he made the difficult decision to join his wife and child who had gone ahead of him and reunited with them in Bidibidi, North Western Uganda. The family has since settled in the area and has grown with the addition of two children to make a total of three.

When Johnson arrived in Uganda, earning a living to take care of his family was his top most priority and he searched for any job available, regardless of how little the pay would be.

Three months after his arrival, he heard that AIRD Uganda was hiring for loaders and was looking to specifically fill the position with someone from the refugee community. Johnson applied for the job and, to his immense relief and happiness, was selected. The salary he was able to earn turned his family’s life around. Following an injury shortly afterwards, however, he could not continue as a loader, but was then reassigned to a cleaning position. He has since been able to provide for his family and even started a hair salon business for his wife.

Johnson has worked hard to make a home for himself in Uganda and now has many friends. This is what his closest friend at AIRD, Eriku Daniel, has to say about him:

“He will be the first person I visit in South Sudan when things stabilise. Johnson has integrated himself so well and in addition to English and Arabic now speaks Lugbara (the local language of the area). He inspires me when I see how well he has adapted. He is my best friend and if there is any free time after work, I am with him.” 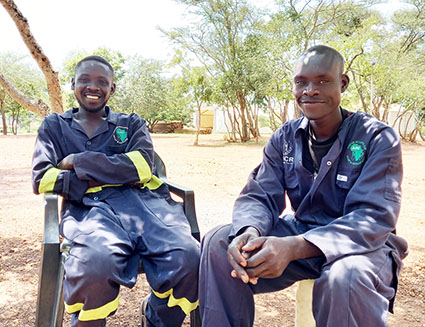 Johnson is hopeful that his home country will one day know peace and that he will be able to reunite with the family he left behind. In the meantime, he intends to work hard and become a warehouse assistant at AIRD so he can do even more for his family.