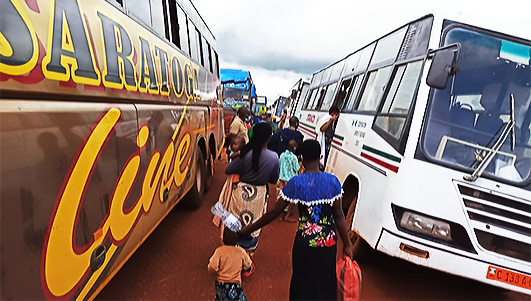 Above: Burundian refugees board buses from Tanzania as they prepare to cross the border into Burundi

The decision to return home is one of the bravest a refugee can make. It takes much courage to make the journey back and start to rebuild a life in a place you were once forced to flee.

Burundian refugees have for several years had to settle in camps in the surrounding countries of Tanzania, Rwanda, the DRC and Uganda – the vast majority having fled Burundi in 2015 following a widespread human rights crisis after then-president Pierre Nkurunziza’s decision to run for a disputed third term that year. UNHCR reports that 312,615 Burundians subsequently fled to these four main countries.

In light of more stable and peaceful conditions, thousands of those who fled are now seeking support to return and settle once again in their country of origin. It is estimated that at least 39,411 Burundians were assisted to return in 2020, and another 40,000 are projected to make the journey back over the course of 2021.

The task of supporting Burundian refugees as they make the informed and voluntary decision to return home requires a significant amount of coordination of many agencies in collaboration with the Burundian government. These efforts do not center on simply helping refugees across the border, but involve all that is entailed in ensuring returnees are able to reintegrate safely back home.

AIRD teams in both Tanzania and Burundi have been honoured to serve returnees through the delivery of critical services such as the transportation of refugees and their property, and in the managing of the transit centres that receive them on arrival.

As of the end of August 2021 AIRD in Tanzania had transported 19,057 returnees in coordination with UNHCR, the Government and other partners who have each played a specific role. The repatriation team in Tanzania consists of 2 groups – one in Kibondo where there are major repatriation activities in 2 refugee camps (Mtendeli and Nduta) and another team in Kasulu dealing with Nyarugusu camp.

AIRD in Burundi and Tanzania working together 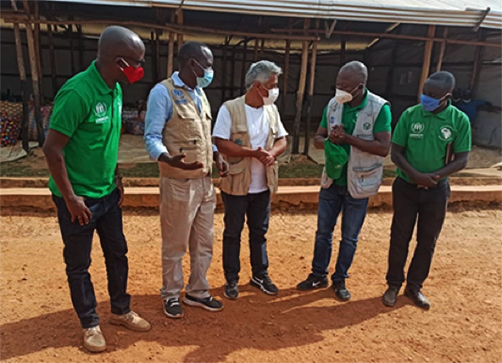 AIRD Tanzania’s role includes the preparation of convoys for returnees and their property. Fortunately, since May 2021, AIRD Burundi has been on hand to receive returnees through the management of transit centres.

On May 4, 2021, the first repatriation convoy was organized from Ruyigi province.

This convoy, arriving from Tanzania, brought together refugees from the camps of Nyarugusu, Mtendeli and Nduta.

A total of 601 people grouped into 393 households were repatriated and stayed at the Nyabitare transit centre for administrative and health formalities before returning to their areas of origin thereafter. The AIRD Burundi team has since then continued to work in collaboration with other implementing partners to make the transition home as smooth as possible for thousands of returning Burundians from Tanzania, the DRC and soon from Uganda. In addition to safe transportation, AIRD Burundi works towards the reintegration of returnees through the construction of shelters and other community infrastructure. The team will also take over responsibility of the management of UNHCR warehouses that will store the critical Non Food Items returnees will require as they rebuild their lives.

To ensure work proceeds as seamlessly as possible across borders, in addition to formal communication channels, the AIRD repatriation teams in Tanzania and Burundi use social media to share appropriate and detailed information on organized convoys (number of returnees, status of returnees, number of buses, number of trucks carrying luggage, convoy departure times, delays etc.). The AIRD Burundi team is therefore always fully abreast of all information in real time and prepared before the convoys reach their transit centres.

With the COVID-19 threat still posing major challenges, AIRD is responsible for ensuring safety measures are followed (distribution of masks, water, availability of sanitizers and social distancing in buses).

The repatriation activities carried out by the various teams will continue to require high levels of coordination as teams from Uganda begin the work of assisting refugees to return to Burundi via Tanzania beginning in October 2021.

All efforts will be made to guarantee the safe and compassionate movement of refugees as they make the brave decisions to rebuild their lives in their home nation. AIRD is proud to support in making these dreams a reality for thousands of individuals and their families.