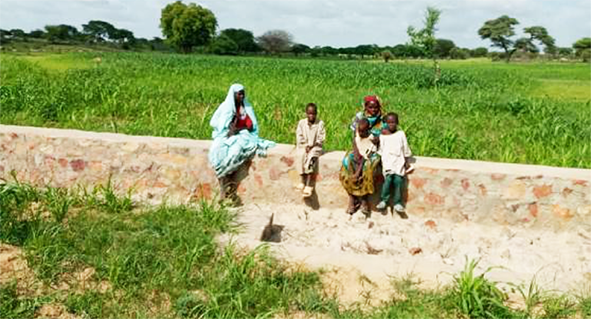 With more than two-thirds of its population living in rural areas, Chad ranks among the poorest countries in the world. Like other countries in similar circumstances globally, this means that it is a nation that is especially vulnerable to the shocks and effects of climate change.

Despite the efforts made by the Chadian government to support its population in fighting the effects of adverse climatic conditions, the needs of the people remain great due to the low level of development of basic social infrastructure and services.

Like other regions of the Sahel, Wadi Fira in Chad has faced immense challenges around nutritional crises for years despite the continued interventions of humanitarian agencies. These challenges revolve around water scarcity, health emergencies and food insecurity. Agro-climatic risks further increase the vulnerability of local communities, Sudanese refugees and Chadian returnees in this area.

Empowering local and refugee communities to support themselves

Since 2003, conflicts in the sub-region (Darfur and the Central African Republic) have resulted in a large number of refugees fleeing into Chad. In order to ensure adequate assistance and protection for these refugees, the government requires the support of humanitarian agencies. In the east of the country where most refugee camps are situated, refugees represent nearly a third of the overall population of the communities. Having the majority of refugee camps in such close proximity of each other makes delivery of humanitarian aid simpler, but also has the negative effect of prolonging reliance on outside support for refugee households as it is the standard for thousands in the area. In the face of reduced funding for humanitarian situations, it is increasingly important to implement solutions that are more empowering and sustainable for communities and their environments.

With funding support from the World Food Program (WFP), AIRD supported vulnerable host and refugee communities in the establishment of infrastructure to strengthen their resilience. This involved undertaking natural resource management activities such as; construction of stone barriers/walls and building of improved wells. Further assistance through Cash Transfers and Non-Food Items (work materials) to communities ensured activities were implemented by the communities through the provision of unskilled labour.

The overall objective of this project was to contribute to building resilience in the face of climate variability and other shocks linked to the sub-regional socio-political environment, for sustainable Food and Nutritional Security in the Canton Koursigué and Troa sud. The project targeted two communities comprising 1,203 beneficiaries – with an even split between indigenous and refugee households. The selection committee was made up of leaders of both groups in the villages concerned.

Above: The teams visit to check on progress of the various constructions

The project was implemented in the following ways:

Above: Positive impact of the stone walls on the development of millet and peanut crops

The project implementation, completed in June 2021, has already strengthened social cohesion and peaceful cohabitation between the two communities (refugees and indigenous people). The impact on the community has already been felt as expressed in words of appreciation below from the local Chief in Koursigué; 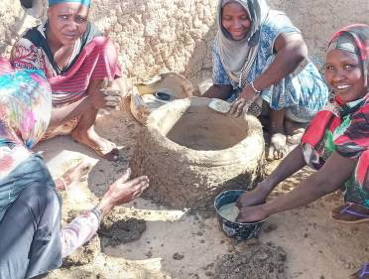 “Your intervention in the Koursigué canton was more than beneficial. It helped many people, who were in a vulnerable situation, to recover and also and above all to contribute to the strengthening of peaceful coexistence between the natives and the refugees of my district.”

The AIRD team looks forward to working with local communities in the continued implementation of projects such as these that will have a positive impact on socio economic and environmental development.