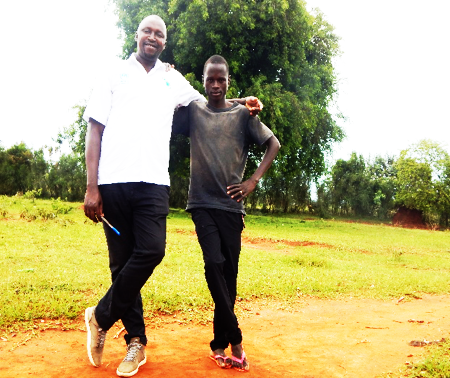 A mass repatriation exercise has been underway for Burundian refugees to their home nation from several neighbouring countries which started in 2020. Many of those who have been living as refugees were forced to flee in 2015 following a widespread human rights crisis after then-president Pierre Nkurunziza’s decision to run for a disputed third term that year. UNHCR reports that 312,615 Burundians subsequently fled to nearby countries with the majority settling in Tanzania, the Democratic Republic of Congo, Uganda and Rwanda.

In light of more stable and peaceful conditions, thousands of those who fled are now seeking support to return and settle once again in their country of origin. It is estimated that at least 39,411 Burundians were assisted to return in 2020, and another 40,000 are projected to make the journey back over the course of 2021.

Each Burundian that was forced to flee represents a unique story of courage, resilience and hope in the face of unimaginably trying circumstances.

As the AIRD Uganda team supports with the facilitation of the journey to Burundi for hundreds of refugees, a few shared their brave stories with us on how life has unfolded since they fled and what it means for them to finally be returning home. 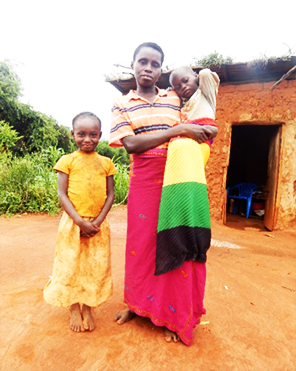 I used to have a peaceful life and live in my amazing home. I enjoyed the nature around my house and the food coming from the land. I woke up every morning to the sound of birds singing. The brutality of the tribal and political war forced my family to leave this house and to start the journey to be refugees.

Since the start of our journey, my family split and we all moved in different directions. I managed to escape with my two young children now aged 7 and 8. We moved a lot in Burundi and later in Rwanda, and we slept in thick forests for over two months. In the end I decided to go close to the border with Uganda with my two children. We came to this area because we just wanted to survive. At the border we were arrested and detained for 7 days before I was set free with my little children and it is there that I asked people around to show us the direction to a camp in Uganda where refugees stay that we had heard about back in Burundi. Fortunately, a good Samaritan showed us a land cruiser that was moving around the border and he pointed and said “that’s a UN Vehicle!”. When I flagged it down it stopped. I explained myself and I was helped to a transit centre where we stayed for close to one week. Then buses came and moved us to a Refugee Settlement. After two days at the reception centre, I was relocated and given a plot of land where I have since stayed. We have lived in this small house with my two babies and I am happy the community and other humanitarian agencies supported us. At first life was hard and I kept thinking about my husband and two elder children that I left back since there was no communication between us. I received psychosocial support and life started to change. I have been doing casual work on top of the relief aid we get from the Government of Uganda to support my family and I am happy that we have been healthy throughout.

When we heard of news from our social worker that Burundian refugees had been given the green to voluntary return home, I was very excited and I immediately ran to seek for more information from the zonal office and I registered as one of those willing to go back home. I am very happy that I am finally going back home to reunite with my family especially the children whom I have not seen for a while. On arrival and once fully settled in my home, I plan to see my children go through school and also revamp my farmland to produce enough food for the family and the surplus for commercial use which will used as school fees for my children. I want to thank AIRD for providing us with transport to Burundi and every day when I see my colleagues going I envision myself on the bus. 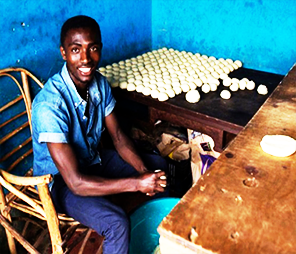 Back in Burundi my father was a farmer and he also went fishing. Along with my siblings, I used to attend school regularly. I was in standard-1 when we left. We used to learn literature in school. But it all came to an end the day our house got burnt. The houses in our village were on fire. We couldn’t run to the jungle because it was on fire too. We fled to another village but that village was also attacked. We were stranded so we fled again to a valley and stayed there for two days with no food. We made it across the border between Burundi and Rwanda where we connected with some relatives and stayed there for almost a year when things again got worse in Rwanda as relatives got arrested by security for keeping us in their homes yet we were a wanted minority tribe back home.

As our relatives got arrested, we were in a family tea plantation and were tipped off by our neighbour who hid us in his farm for a night. We left for Tanzania the following day. While in Tanzania, we got resistance from the local authorities as well because we did not have documentation and after a lengthy explanation, we were allowed to proceed to the border from where we entered into Uganda. Once in Uganda, we stayed on the streets of Masaka town for days and later months. We started collecting garbage from homesteads for money until the day we were arrested by the municipal authorities and detained as law breakers. We spent two days in police cells and after interrogation, we told them that we were refugees and didn’t have any documents on us. This is when the Mayor made a phone call to a refugee desk and two hours later, an AIRD vehicle came and took us to UNHCR and later a reception centre where we were profiled and later granted asylum status.

While here, my brother and I communicated to our parents that we had safely reached Uganda and were in a refugee settlement. After nearly two years without any job, an AIRD program came up to construct PSN Shelters and the requirement was to join a group which I quickly did. Under a cash for work program, we got payments for each PSN shelter we built and we shared the money equally. I spent part of my money to buy clothes and I saved the larger portion so I could start business in the future.

After the completion of the project, I had saved some money which I invested in a small baking business in my community that keeps me busy throughout the day. I am happy that I am returning home to reunite with my parents. I have missed them. Since I am 23yrs old, I would wish to go join a vocational school and widen my skills in baking of different products.