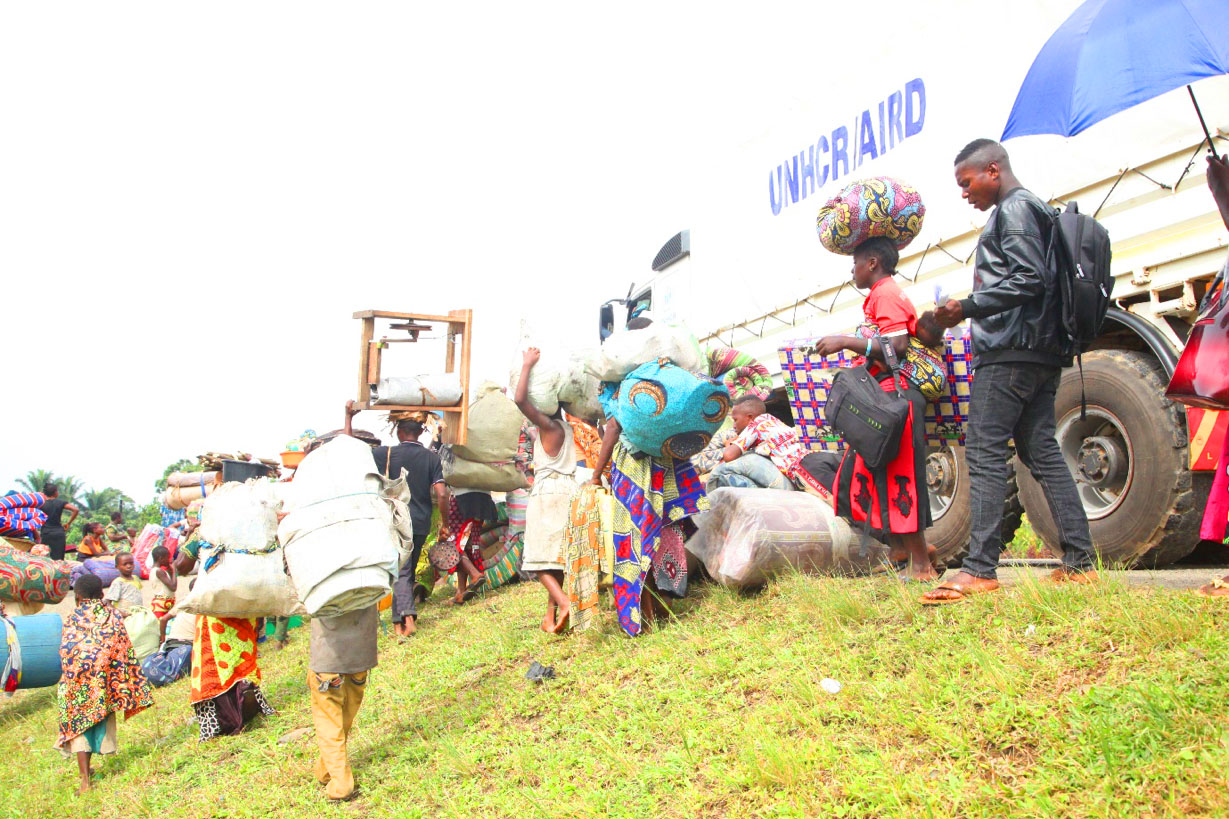 Above: Crossing into Southern Uganda, refugees are transported from the border points to reception centres

Violent clashes in the Democratic Republic of Congo (DRC) have led to a surge in the number of refugees fleeing the country and searching for refuge in neighbouring countries. UNHCR reports that since the start of renewed clashes between rebels and government forces in November 2021, over 67,000 refugees (mostly women and children) have made their way from the DRC across the Bunagana border in South Western Uganda. The border, previously closed to prevent the spread of COVID-19 was reopened by the Uganda Government to welcome those seeking asylum from the insecurity.

The new arrivals predominantly hail from the Ituri and North Kivu provinces in the DRC. AIRD Uganda’s South West Sub Office is working closely with UNHCR and the Office of the Prime Minister (OPM) to transport the new arrivals from the border points and deliver them safely to reception points and transit centres.

Many of those fleeing the violence are doing so in states of extreme desperation, many with only a few basic belongings that they can carry on their backs while others arrive with nothing but the clothes they are wearing. 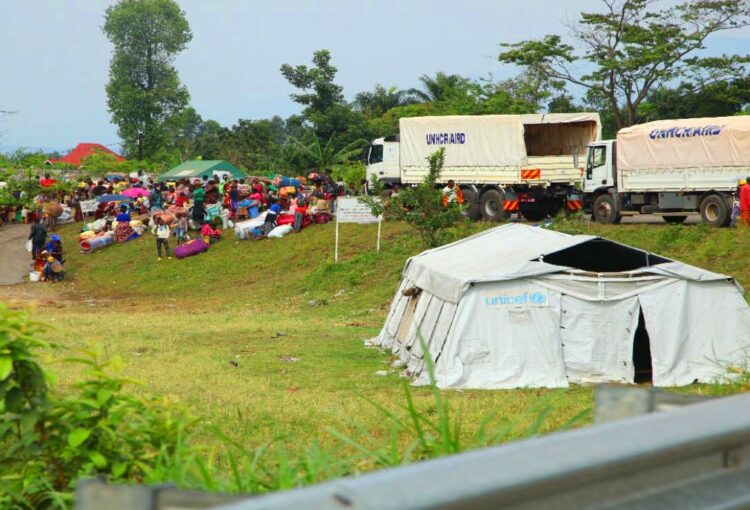 Since the onset of the clashes, AIRD has on average transported 350 refugees per day from the border points to reception and transit centres. Given the influx of new arrivals at the transit centres, plans to relocate those that were previously housed there to settlements were expedited, and the team transported thousands of refugees to various settlements in the south west region. Between 12th February and 07th March 2022 alone, nine convoys relocated 2,609 households comprising 7,536 refugees- the biggest number of refugees relocated to a settlement in one go since the start of the year.

The AIRD team continues to work very closely with other partners and agencies in the area, coordinated by the Uganda government and UNHCR, to ensure those fleeing are welcomed compassionately to safety and are able to receive the goods and services they require to begin to rebuild their lives.