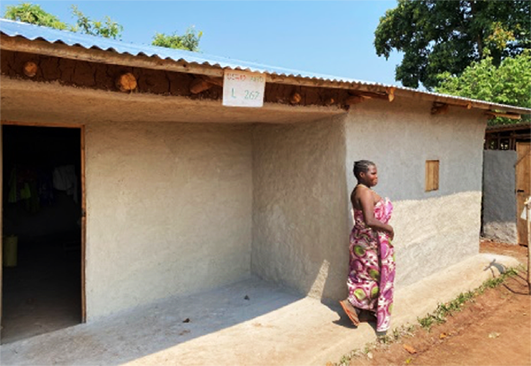 Above: A shelter beneficiary in Linga, Djugu Territory

Violent clashes in the Eastern region of the Democratic Republic have resulted in the mass displacement of millions of people over the years. Across the length of the Eastern region, from the North to South, an estimated 4 million people are now classed as Internally Displaced Persons. In the Ituri province alone, 1.2 million people have been forced to flee their homes. As they seek for safety and shelter from the violence, host populations in somewhat safer areas are feeling the pressure as they continue to open up their homes and communities to those displaced.

To meet the massive shelter needs in this area, USAID partnered with AIRD to construct shelters for some of the IDPs and their hosts. In March 2020, AIRD received funding from the US government through USAID to implement a Shelter and WASH project in favor of displaced people and host populations in the Djugu territory, Ituri province. The project activities officially kicked off on July 20, 2020 and were concluded on May 31, 2021. 4,000 direct beneficiaries were targeted, including IDPs, returnees and the host community.

In the Shelter sector: the project enabled the construction of 806 traditional shelters for displaced and indigenous households in need. Project assistance consisted of providing manufactured materials (sheets, nails, etc.), tools, doors and windows, plus the technical support required for the construction of shelters. 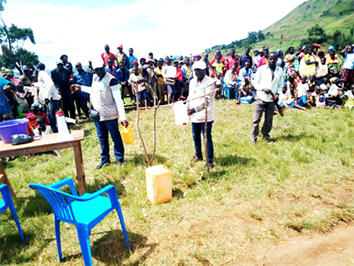 In the WASH sector: 806 latrines and 806 showers in semi-durable materials were built for all targeted households following the same approach as the construction of shelters. Households benefited from Non Food Items and Hand-washing Kits. Distribution of intimate kits was also carried out for the benefit of women and girls of childbearing age.

Above: A sanitation and hygiene awareness training session in Djugu

Several sanitation and hygiene awareness raising sessions were also held with the target populations to ensure that the facilities are used appropriately and provide the health benefits they were constructed for.

Following successful completion of the project, and with the appreciation of the enormous gaps that still remain, it was deemed important to provide further assistance for other displaced families in Ituri. Again in partnership with USAID, the AIRD team was tasked to deliver nearly double the previous number of shelters and sanitation facilities. Beginning in August 2021 and currently ongoing, the team has been entrusted with a one-year project to construct and additional 1,500 transitional shelters and 1,500 latrines and showers. 1,500 sanitation kits, 1,500 Non Food Item kits and 2,000 intimate hygiene kits will also be delivered. Training beneficiaries in construction will also be undertaken to skill them and enable them to make use of the construction items that will be subsequently distributed to them. 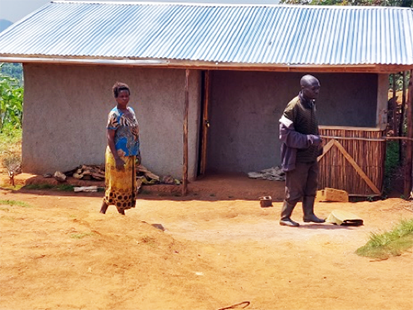 It is hoped that through the provision of shelters and better hygiene and sanitation facilities in this area, a sense of stability and safety will enable the beneficiaries to live in a more dignified manner and ease some of the pressure faced by the host communities.

Above: A shelter in the Akpa group, Djugu territory