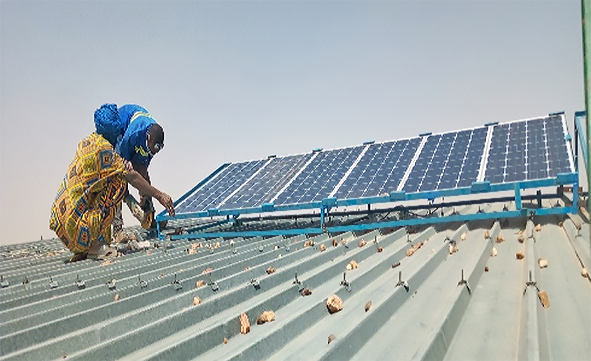 As the effects of climate change and global warming become increasingly obvious, it is greatly recognised that the world’s most vulnerable populations, those who have done the least to cause the problem, will be the hardest hit. Among the most vulnerable of populations are refugees and other displaced people whose circumstances often do not allow them to become driving forces in the initiation of measures to curb the effects of climate change in their areas of settlement. They are often, however, very willing and active participants when presented with these initiatives.

In the Sahel region of Burkina Faso in particular, the UNHCR has been at the forefront of trying to find methods to address the challenges the populations there face around lack of sources of energy for household use, especially in cooking meals. In order to improve the effectiveness of protection and food assistance principles for the benefit of refugees, the importance of introducing sustainable sources of energy became a priority. The collection of firewood predominantly by women and children exacerbated the problem of this non-renewable resource. 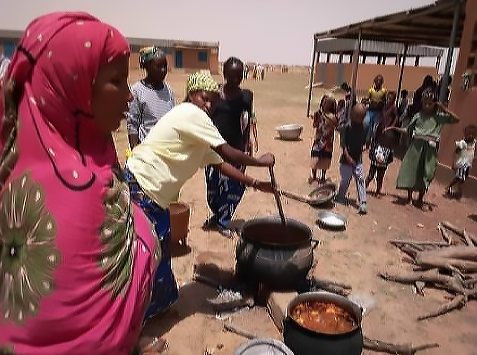 In light of the scarcity of wood energy in the Sahel region of Burkina Faso, especially around the camps, UNHCR distributed deadwood and improved metal stoves (to save wood) through HELP.

Left: A celebration involving cooking of a community feast over firewood in Mentao Camp

Solar cookers were introduced between 2013 and 2016 on a pilot basis to find a solution to the problem, but with limited success given the heavy dependence of this equipment on weather conditions, in addition to their fragility.

In 2017 butane gas in refugee camps was introduced as the main source of energy for cooking and, in 2019, UNHCR handed over implementation of the project to AIRD. This was in the Mentao and Goudoubou camps. However, since January 2021, energy-related activities have been carried out in Goudoubo camp only following the relocation of refugees from Mentao camp. 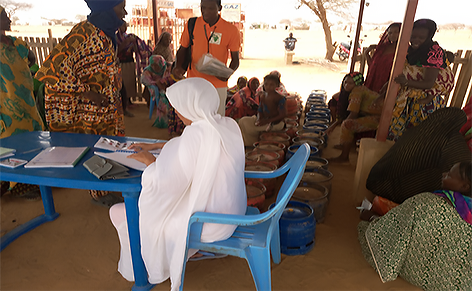 This project is falls firmly in line with AIRD’s strategy objectives around realising greater environmental sustainability in the short and long term.

Left: Registration prior to distribution of gas stoves at Goudoubo camp

In addition to energy for household use, there are additional renewable energy initiatives being implemented by AIRD under AIRD-UNHCR partnerships agreements. These include:

The involvement in environmental sustainability projects is crucial and non-negotiable as we look to the future. For those such as refugees who may not have much say in these matters given their current circumstances, it is vital that we make these decisions simple for them by providing them with solutions that simplify their lives and improve their living standards while protecting their environments for generations to come.