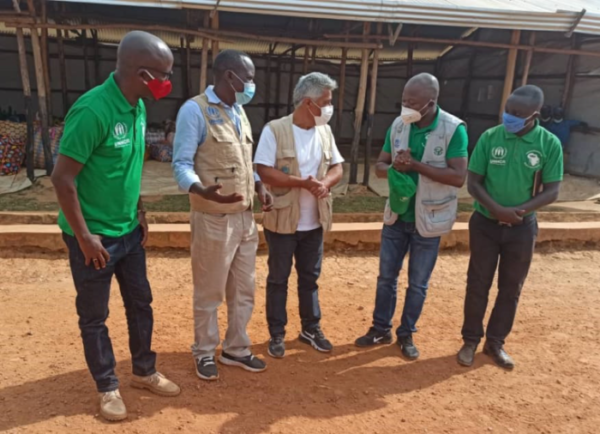 To encourage the return of Burundian refugees, the US Ambassador, Ms. Melanie Harris Higgins and the UNHCR Representative in Burundi, Mr. Abdul Karim Ghoul, participated in the arrival of a convoy of returnees from Tanzania on June 22, 2021.

The returnee convoy was received in Ruyigi province at the Nyabitare transit center managed by AIRD.

Accompanied by the Representative of UNHCR, the US Ambassador wanted to acknowledge and appreciate the commitment of the governments of Burundi and Tanzania as well as UNHCR in their implementation of the voluntary repatriation program for Burundian refugees to their home country.

It was also an opportunity for the ambassador to observe the conditions at the reception point and to witness the assistance rendered to returnees on arrival in Burundi, particularly at the transit centers.

Following a welcome word from the head of the transit center (AIRD staff), the floor was handed over to the government representative, the US ambassador and the UNHCR representative to share their own words.

All reiterated their support and encouragement towards the repatriation program by welcoming the efforts of all the implementing partners including AIRD which manages transport, stocks and transit centers.