Above: Showcasing beautiful art and craft items for sale at Goudebou camp

World Refugee Day 2021 celebrations in Burkina Faso were held at Goudebou camp under the theme “Together we heal, learn, and shine” to highlight the needs and contributions that refugees can make towards areas such as healthcare, sport and education.

The celebrations were attended by notable personalities including the Minister of Foreign Affairs, Cooperation, African Integration and Burkinabè Abroad; the special envoy of the United Nations High Commissioner – Angélina Jolie, the UNHCR Representative in Burkina Faso, the Permanent Secretary of CONAREF, local authorities including the Governor of the Sahel Region, the High Commissioner, Mayor of Dori, humanitarian partners (CONAREF, UNHCR, AIRD, CSSI, CREDO, DRC, NRC VSF-B), the host community, the refugee community, and representatives of internally displaced persons.

The ceremony began with dialogues between the Minister and leaders of the refugees, host community and internally displaced at the primary school within the camp.

Concurrently the Special Envoy of the United Nations High Commissioner, Angelina Jolie, was given opportunity to interact with a group of five refugee women, and thereafter with a refugee household at the community center. Following the various interactions, the Minister and his delegation visited the stands of humanitarian partners and refugees.

The official ceremony began at 2:30 p.m and was punctuated by speeches, artistic performances, the traditional Tamacheq dance, a poem, a sketch and awards. 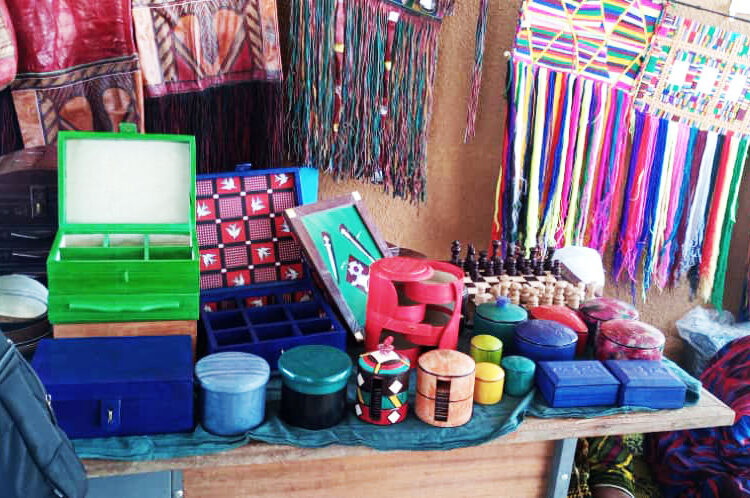 Above: More of the creative items displayed by refugees that are sold for income

In his words of welcome, the Mayor of the commune represented by the first Deputy spoke of the great cohesion between the refugees, host community and internally displaced persons.

The President of the Refugees and the representative of the host community shared some of their concerns including security issues in the Sahel, the need for empowerment of communities through trainings, and advocated for more decent shelters. Also highlighted was the need for affordable food, support for small business, and creation of a joint committee between the displaced and the host community. 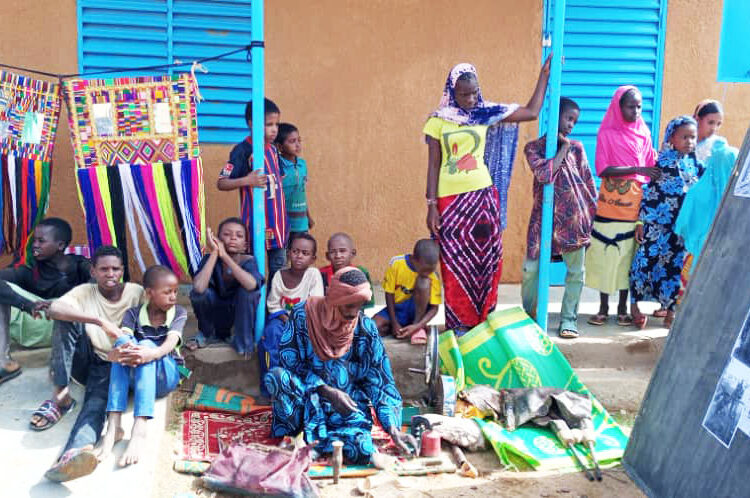 Also speaking at the occasion were the UNHCR representative, the High Commissioner’s Special Envoy, the Minister of Foreign Affairs, Cooperation, African Integration and Burkinabés Abroad.

An award ceremony brought the ceremony to a close with recognition of the best student in the CM2 class, and two beneficiaries of Income Generating Activities (a refugee and a host).