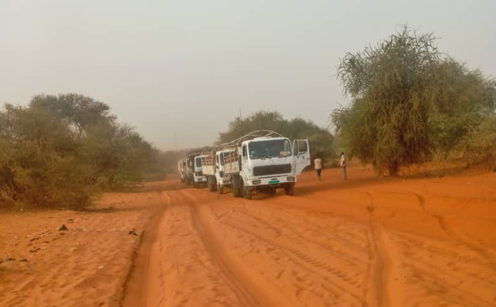 Above: Route connecting the city of Tahoua to the Intikane site

World Humanitarian Day falls on 19 August annually. On this day, we pause to reflect and celebrate those in the humanitarian space who dedicate their lives to improving those of the world’s most vulnerable affected by crises globally. The faces of the brave women and men on the frontlines of major crises and disasters have helped to shine a light on the needs of those in some of the most trying circumstances.

Less obvious and yet just as important are those working in the background to provide critical support to those in the field. We want to celebrate these important workers this humanitarian month by highlighting the efforts of the AIRD workshop team in Niger and the great work they accomplish to keep vehicles and assets operational for the UNHCR and its partners in their service and aid to the displaced and other persons of concern.

AIRD operates workshops in nearly all of its 10 country operations, and it is one of the organisation’s pillar services. Even as we recognise the remote context that many of these operate in in their delivery of services to displaced people and their host communities, each program certainly faces its own unique challenges. In Niger, very poor road networks make the delivery of our workshop services especially critical in keeping vehicles and assets in good working condition.

The Niger program operates six (06) workshops distributed in the six offices of Niamey, Tillabéri, Tahoua, Maradi, Diffa and Agadez. These workshops ensure the maintenance and repair of light vehicles, trucks, buses, motorcycles and hydraform machines used by UNHCR and its partners.

In Niger, many of the road networks used by vehicles are in a state of severe degradation. These tracks, nicknamed “axle breakers” by many users, are the main asphalt sections used by AIRD for the transport of persons and goods. The only asphalt roads in good condition and used by our vehicles are those connecting Niamey to Abala (260 KM), Niamey to Ayorou (200 KM), Niamey to Ouallam (100 KM) and Niamey to Tillabéri (115 KM).

The state of these roads causes many breakdowns and greatly affects fleet planning. The consequences include; early depletion of spare parts inventory, very high costs of operating the fleet, excessive fuel consumption and the delay in the fulfilment of transport requests. The transport of goods and people carried out by our logistics bases in the operational zones of Tahoua, Tillaberi, Agadez, Maradi and Diffa is generally done on sandy, muddy or laterite tracks, which many times can become untraceable. They deteriorate even further during the rainy and become nearly impassable due to flooding. Quite often they are the cause of excessive fuel consumption, axle failures, suspension failures, punctures and the wear of brake pads, drums and discs. Drivers using these roads are at the risk of insecurity when they find themselves stranded in these remote and sparsely inhabited areas.

The workshop team has grown increasingly experienced and adept at fixing and maintaining the vehicles and assets that must operate in these tough conditions, keeping them operational and performing well.

We are very grateful and appreciative of our workshop teams in Niger, and across the AIRD family, for the critical work they undertake everyday that ensures that AIRD, UNHCR and its partners are able to continue delivering vital services to the vulnerable people that need it the most.

Moussa Mahamadou is a senior mechanic who has been with AIRD in the Tahoua and then Maradi field offices since February 2019. This is what he has to say about his role in the workshop. 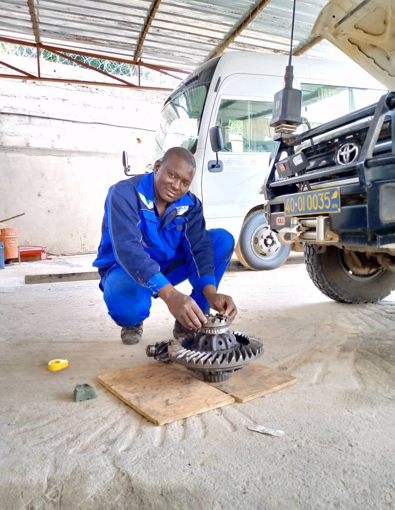 “The job of senior mechanic empowers me and allows me to fully express my know-how and to put forward my experience of the past years acquired in the field. This function also allows me to overcome operational challenges in coordination with my team of mechanics. Working at AIRD is an opportunity to be seized! I practice within a great professional family where mutual aid and team spirit are highly respected virtues. This allows me to learn new things at every opportunity offered to me by my colleagues in other sections. I vary my tasks by providing occasional support to the logistics unit but also to the general administration.”

Moussa adds that since he joined AIRD he has aspired to become a workshop manager capable of proving himself in AIRD missions in countries other than Niger. He acknowledges that this ambition requires that he grow both his technical and managerial capacities.

Thank you for your service Moussa!