A rehabilitated school and health centre are changing service delivery in Modalé, DRC

A rehabilitated school and health centre are changing service delivery in Modalé, DRC

“Really we are very satisfied to see our health center in this state. We did not think that one day this would be possible. We have suffered for a long time with these old buildings that we built ourselves and which did not last. They also did not allow us to have good care, but thanks to UNHCR and its partner AIRD, our nurses will work in better conditions and the population will be better taken care of.” Mr. Bangakai, resident of Modalé.

Setting up decent infrastructure to serve displaced people and their host communities makes a world of difference in how services are ultimately delivered. Delivering education, health, safety and administration services can be seriously hampered in the face of dilapidated set ups.

The AIRD team in the Democratic Republic of Congo was honoured to support UNHCR in rehabilitating two critical structures in Modalé town, in the South Ubangi province. These structures included a school and a health centre.

Commenced in July 2021, the construction of the WELE school was completed on February 10, 2022 while work on the WELE health center began in August 2021 and was completed on February 18, 2022. The beneficiaries of the health center and primary school are largely refugees and the indigenous population of Modalé and its surroundings. The population of Modalé was estimated at 6,904 before the arrival of approximately 5,848 refugees.

The majority of refugees in Modalé hail from the Central African Republic and were forced to flee following contested presidential elections and subsequent uprisings by armed groups in December 2020. Groups from different towns and cities fled when clashes between the army and the coalition rebels forced them to cross the country’s borders to find refuge in the territory of Yakoma and many other cities in the Democratic Republic of Congo. The first arrivals were observed on December 25, 2020 and the registration of these refugee populations began at the end of January 2021 by the Congolese government with the support of UNHCR.

The rehabilitated WELE Primary School was originally established in 1984. From then, until the recent settlement of refugees in the development center village of Modalé, it received its learners in makeshift sheds. To provide refugee and local students with dignified, comfortable and secure learning conditions, the UNHCR committed through AIRD, its partner in charge of logistics and infrastructure, to rehabilitate these buildings which today are the pride of the town. Local students are estimated at 421 while refugees number 480 to make a total number of 901 students.

Similarly, the Modalé health center, previously built of adobe brick and covered with straw, did not offer adequate conditions for the care of patients in this area. It was with the arrival of refugees in the village that the sad state of affairs of this centre was brought to life. AIRD was commissioned to construct a health center, fully equipped with consultation rooms, maternity ward, pharmacy, laboratory, observation rooms for women, children and men, offices for nurses and a multipurpose room for various activities (prenatal consultation, health awareness, etc.). This rehabilitation was absolutely critical given that the estimated population of the area served by the health centre nearly doubled with the arrival of refugees.

Above: Left, Part of the Modalé Health centre in a poor state before and Right following rehabilitation

Several members of the community shared their views and appreciation for the rehabilitation of the school and health centre. 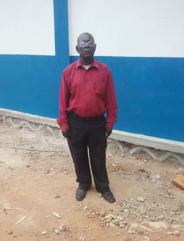 “I thank UNHCR and its partners, in particular AIRD, for having built this school. It was created in 1984 and existed under straw huts and today, thanks to UNHCR, we have these beautiful school buildings. In the past, if it rained, there were no means of studying, given the poor state of our buildings. Today we are relieved. Thank you!” Mr. Kowamuna, resident of Modalé 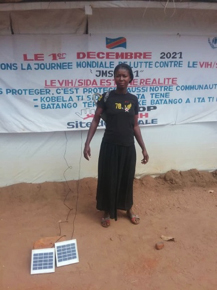 “It is good to see that from now on we will be cared for in better conditions.” Ms Yagoma, refugee living in Modalé.

Both structures were officially inaugurated by Madame Liz Kpam Ahua, UNHCR representative in the DRC. AIRD remains a proud partner of the UNHCR and looks forward to implementing more important projects for the benefit of displaced people and their host communities.